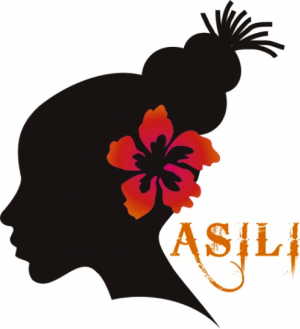 What is your beauty heritage?

Home/News/What is your beauty heritage?
­
Previous Next

What is your beauty heritage?

September is heritage month in South Africa.  Not only is South Africa culturally rich but its heritage is what makes its people truly unique. Heritage not only constitutes the languages we speak, the foods we eat, what clans we belong to, or cultural group, but it’s the colours we wear, the way we dance and even how we beautify ourselves.

On the African continent, women have found many ways to express their beauty. From the neck elongating Dzilla or Indzilla rings worn by Ndebele women, to the immaculate jewellery of the Ashanti tribe of Ghana, we have always tried to look for ways to look beautiful. With the increase of urbanisatiion and a tendency to use more convenience products, we have moved away from our traditional beauty roots, in favour of more conventional beauty products. If I think back to my upbringing in the rural Eastern Cape, it was not uncommon to see women wearing Umemezi (a white clay and ground tree bark mixture) or calamine lotion during the day protect their skin from the harshness of the sun. The same calamine lotion was also used by girls in my teen years at boarding school to treat blemishes.  Before beauty influencers and magazines told us of the wonders of all things natural and organic and Korean beauty (K-beauty) became a trend, one may think back to what we had before, and how the women in our lives taught us to take care of our skin and hair using simple compounds from nature. This heritage month, it’s these simple natural compounds we would like to celebrate. Let’s go back to our roots and rediscover A- Beauty (African beauty) and what our beauty heritage is.  Think about some of the natural remedies you saw your grandmothers using to take care of their skin and hair. One may have a nostalgic moment like myself and have flashbacks of about their up bringing. In honor of heritage month, we would like to pay homage to some of Southern Africa’s beauty heroes that have for centuries been a pivotal part our beauty heritage.

Fun Fact: Did you know that calamine lotion can be used under liquid foundation as a primer? 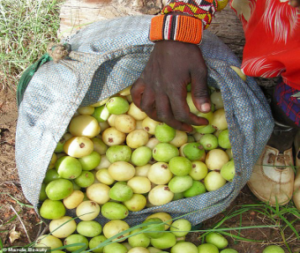 Whilst the fermented fruit might be best known for making for making elephants intoxicated, marula (merula – siPedi, mapura – Bechuana, umGanu – Swazi, tsua -xiTsonga; omonguo – Herero) is a highly revered plant and of great importance to the people of Southern Africa. It has been used by the people of South Africa, Mozambique, Zimbabwe, and Namibia for centuries. Marula oil is  made from the marula kernels is of great social and cultural significance throughout Southern Africa.

Marula oil is known to have antioxidant properties (glow-up alert), be moisturizing and have skin healing properties. Its antioxidant and moisturizing qualities make it not only great for glowing skin but also stimulating hair growth. Marula is a beauty hero because not only is important for beautiful skin but also has vital nutritional qualities and forms an important part of the diets of the many that live in the rural parts of Southern Africa. CONCLUSION = IT IS GREAT FOR YOU INSIDE AND OUT. 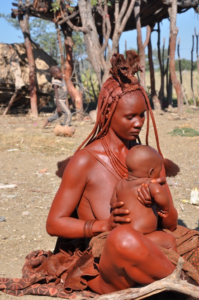 Commonly used as an ancient mineral supplement by the Aboriginal people of Australia, Red Ochre is used by the women of the Himba tribe of northern Namibia. This beauty hero, like calamine lotion has been used for centuries by Himba women to protect their skin and hair against the sun and insects such as mosquitoes. Scientists have found that red ochre is highly effective in protecting against harmful UV rays because of its high mineral content. Ochre is a natural clay which can be found in various colours ranging from yellow, deep orange or brown. The Red variety referred to as red ochre contains high amounts of dehydrated iron-dioxide (indicative by its copper red colour). Himba women combine red ochre with water to form a paste which they apply after hair braiding as well as on their skin to protect them from the harsh desert climate. Red Ochre is also used by the South Africa’s Xhosa nation (known as Isibhindi) to treat skin ailments such as acne, and like the Himba people, it is used as a sunscreen.

Buchu (Agathosma) is a plant native to the Western Cape province of South Africa. Buchu is commonly used by the Khoi San people as a herbal remedy to sooth the skin. With its many medicinal properties, Buchu is also injested and used to remedy gastrointestinal aliments, treat Urinary Tract Infections, and is also a well-known diuretic and antiseptic. On the beauty front, Buchu is known by the Khoi San people as the ‘fountain of youth’ due to its multiple uses, but , more specifically it’s anti-inflammatory properties and ability to repair skins cells. It is also a powerful detoxing agent as it stimulates the liver to excrete toxins and aids the kidneys to detoxify bad molecules. CONCLUSION BUCHU = FOREVER YOUNG.

Imbhola or mineral cosmetics are traditionally used in the Eastern Cape province and parts of KwaZulu Natal. These are traditional herbal cosmetics that are used by both men and women and are native to the Xhosa nation. Studies of imbhola have found that it is its contents are primaliy made up of vegetable and mineral compounds. Imbhola is commonly used on the skin,to improve health and is even used to demonstrate social status. uMemezi (also known as Ingceke) which is derived from the red bark of Mangrove or Cape Chestnut trees found in the Eastern Cape and southern KwaZulu Natal is commonly for imbhola.  The bark is taken off the living plant is cut into small pieces, dried up and ground into a fine powder and mixed with water for form a paste. This form of imbhola is combined with white clay and is applied to the face to help protect the skin against the harsh sun and minimize pigmentation. uMemezi is a worthy mention as Xhosa women also use it as “makeup”, and it is regarded a symbol of beauty in Xhosa culture. Another form of imbhola comes in the form of Root parasites known as Hydrona Afrincana (Jakkalskos) and Sarcophyte Sanguinea (Wolwekos) these are known as Umavumbuka in isiXhosa. 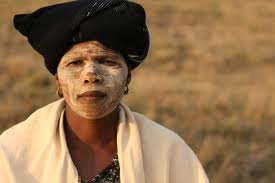 In its ground form, Umavumbuka is made into reddish paste applied by both men and women. It is composed of the pulverized dried fruit body and is then mixed with water to form a thin reddish paste. This paste is used to prevent acne and skin blemishes. African potato (Hypoxis hemerodea) known as inongwe in isiXhosa is also a commonly used beauty remedy not only by Xhosa people but by many tribes within South Africa. It is not only known for its medicinal properties, but also in its ground form it also serves the same function as umavumbuka, which prevents and conceals skin imperfections caused by acne and pimples.

TRIGGER WARNING: This may bring back unpleasant memories from your childhood, as it was commonly used as a laxative (or as our parents put it – something to clean our stomachs.) Despite having a bad rap, castor oil is indeed a real beauty hero, not only can we use it to thicken our hair, but Caster oil has also commonly been used in northeastern parts of South Africa and Mozambique as a medicinal agent. Though its medicinal properties are resounding, in terms of beauty, castor oil has been found to be highly effective for fighting the signs of aging and wrinkle prevention, hydrating to the skin, soothing sunburn, and reducing puffiness, fights acne and it also contains antioxidants that fight free radicals in the bod. in South Africa especially in Limpopo and Mpumalanga where it is more common, the Castor Oil plant is considered to be alien vegetation and is actually a pest because it not only steals nutrients from other plants, but it is highly poisonous. Castor oil is extracted from the seeds or castor beans of the Castor oil plant, and after extraction is heated for consumption (it is poisonous in its raw form). The plant may be an environmental nuisance, but the oil is of vital ingredient in the global cosmetic industry, today castor oil can be found in more than 900 beauty products!

Africa does not have as shortage of natural beauty remedies, and it’s part of the reason why all our products contain ingredients indigenous to the continent. This heritage month let us challenge ourselves to go back to our roots and use the gifts that nature gave us!

About the Author: Beatrice Chandia